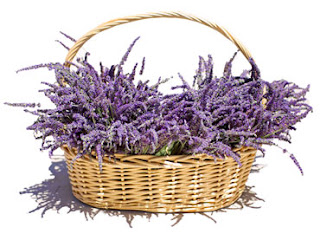 The use of lavender has been recorded for more than 2,500 years. Egyptians, Phoenicians and the people of Arabia used lavender as a perfume -- and also for mummification, by wrapping the dead in lavender-dipped shrouds. In ancient Greece, lavender was called "nardus," "nard," or "spikenard" (named for the Syrian city of Naarda) and was used as a cure for everything from insomnia and aching backs to insanity.
By Roman times, lavender had already become a prized commodity. Lavender flowers were sold to ancient Romans for 100 denarii per pound -- equivalent to a full month's wage for a farm laborer -- and were used to scent the water in Roman baths. In fact, the baths served as the root of the plant's current name. "Lavender" is derived from the Latin lavare, meaning, "to wash." Romans also used lavender as a perfume, insect repellent and flavoring. They even added dried lavender to their smoking mixtures.
In Medieval and Renaissance Europe, lavender was strewn over the stone floors of castles for use as a disinfectant and deodorant. It was also one of many medicinal herbs grown in "infirmarian's gardens," with yields intended to be used to ward off disease. Use of lavender was highly revered during the Great Plague of London in the 17th century, when individuals fastened bunches of lavender to each wrist to protect themselves from the Black Death, and glovemakers scented their stocks of leather with lavender oil to ward off the disease. Thieves who made a living stealing from the graves and the homes of Plague victims concocted a wash known as "Four Thieves Vinegar," which contained lavender, to cleanse and protect themselves after a night's work. Today, we know the disease was transmitted by fleas, so the use of lavender--which is known to repel these insects--could very well have saved lives and prevented further spread of the plague.
The Shakers, a strict sect of English Quakers, are credited with commercializing lavender and introducing a variety of lavender-based products to the United States and Canada. The Shakers raised their own herbs, produced medicines, and sold them to neighbors and customers outside their religious sect. Because the Shakers believed in celibacy, they probably did not explore the romantic, sensual appeal that lavender is said to have, but there are many others throughout history who have, including Cleopatra, who, according to legend, used lavender to seduce Julius Caesar and Mark Antony.

For more please visit www.auracacia.com/auracacia/aclearn/features/lavender.html
Posted by the tranquility ladies at 7:46 PM 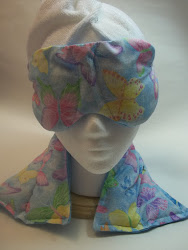